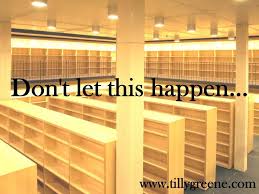 So banned books week is coming to a close.  I really wanted to participate in all the festivities, but it also happened to be deadline week at work, so basically nothing else gets accomplished.  I've been going around to all of the different blogs that I follow and reading up on everyone's banned books blog posts.  It is interesting to see what everyone else has to say.
If you aren't an avid reader, you might not know what Banned Books Week is.

While surfing around the net, I found out a few interesting tidbits of information.  Did you know that THE DICTIONARY was banned at a California elementary school in January of 2010 because of the definition of "oral sex".  I mean COME ON people...seriously!?  I understand that people don't want their six or seven year old child reading about sexual activities and what not, but honestly -- give me a break.

I went through a bunch of different lists of banned books, and I found a bunch that I have read in the past, and that truly surprised me.  I guess I shouldn't be as surprised as I am considering...but it just blows my mind.  The First Amendment of the Constitution is freedom of speech...but it doesn't look like we really get that, does it?

What books are you most surprised about being banned?

Email ThisBlogThis!Share to TwitterShare to FacebookShare to Pinterest
Labels: Bookish/Non-Review

Visiting from the hop by the way

Hey Lucy! Thanks for stopping by. I do agree with you. The right to free speech does entitle others to decide for themselves (and anyone they are responsible for) what to read/watch/etc.